Frederick Hart has been described as America's greatest representational artist. He has gone completely against the grain of the contemporary art world; substance and beauty are the chief criteria of his work.Hart learned the skill of stone carving at the Washington National Cathedral. Hart recalls, "The Cathedral became a magical place for me, a place outside of this century. The wonderful Italian stone carvers who worked there were the last of a generation."
In 1971 Hart began a commission to design a series of "Creation" sculptures for the main facade of the Cathedral. The Creation Sculptures were completed in 1990, almost twenty years later. In a century marked by nihilism, abstraction, and deconstruction, Hart exemplifies a returning tide to aesthetic and moral agendas embodied in the great ages of art in the past. 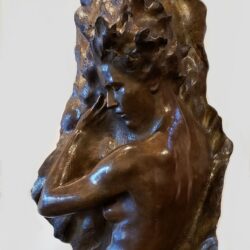 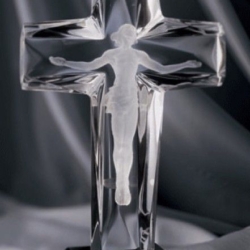 The Cross of the Millennium (Maquette State)