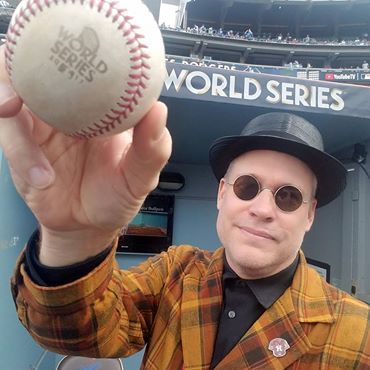 MLB Sanctioned Artist Opie Otterstad
Opie Otterstad has stood in the sporting world’s spotlight for many years. He is best known for his ability to paint the spirit of the athletes, the fans, the teams and their victories. This ability comes from something beyond the brush. He is as much a part of the athletic world as those who wear the numbers. Otterstad captures the indescribable through his signature style of painting “the game.”

It’s now 2018 … and Opie has created an amazing collection to celebrate the 2017 Houston Astros historic win. The “hometown” Texas artist is thrilled to premiere this exhibition, and cannot wait to greet his collectors and each and every baseball fan! Opie was front and center throughout the spectacular 2017 season: traveling with the team, celebrating the many wins, and basically being a part of this World Series victory.

“I have been working with sports as my primary subject for the past 20 years. Most of my work has been private commissions from inside the professional sporting community. It has been a great honor and blessing to work as a small part of a world that young kids dream about.” 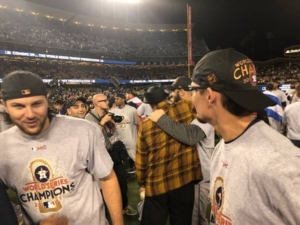 The Artist on the field celebrating after Game 7 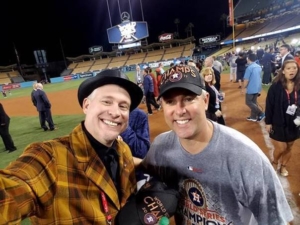 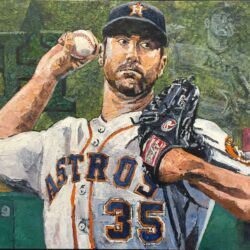 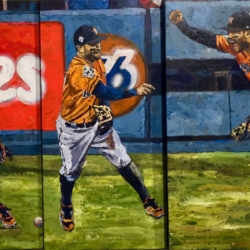 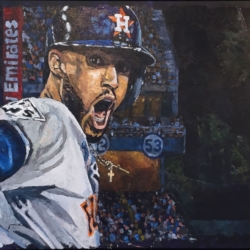 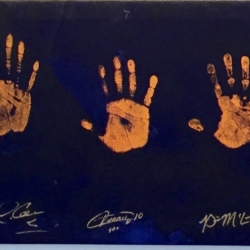 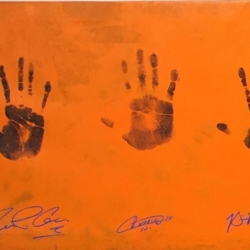 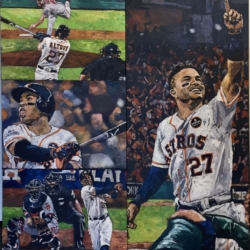 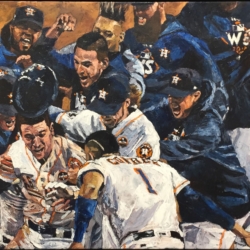 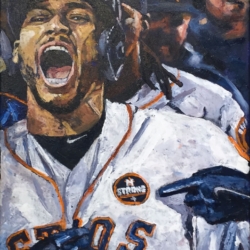 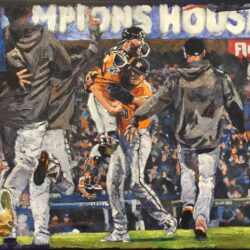 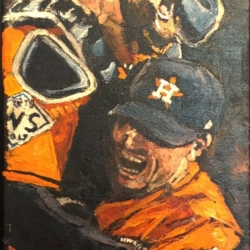 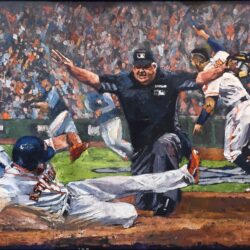 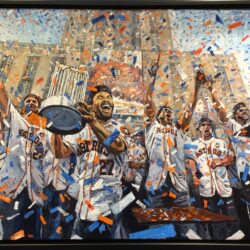 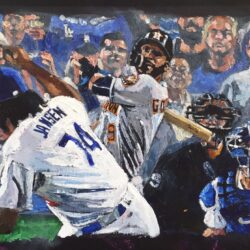 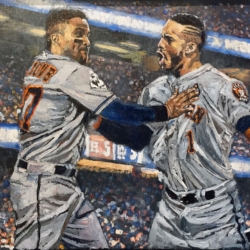 Correa and Altuve Back To Back, World Series Game 2 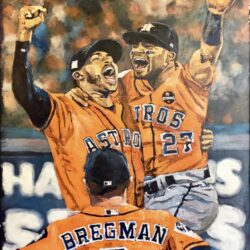 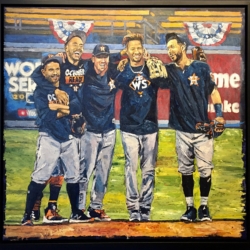