A love of beauty, color, music, spirituality, and art mark their presence in the consciousness of Peter Max. As one of America’s most recognized living artists and pop art icons, his uplifting imagery and use of exhilarating colors implement themselves into American culture. Max inspired generations of artists and greatly influenced pop and digital art movements throughout the 20th and 21st centuries. From Tibetan monks to billboards in Times Square, Peter found inspiration in the cultures and artifacts that surrounded him, taking from them themes, colors, and psychological mindsets that could be experienced through his oeuvre.

He created paintings of presidents Ford, Carter, Reagan and Bush, in addition to his 100 Clintons—a multiple portrait installation. Additionally, he was commissioned for a number of projects from the “Preserve the Environment” postage stamp, in honor of the World’s Fair in Spokane, WA to border murals at the entry points in Canada and Mexico by the US General Services, fashions and interior design, and exhibitions in over forty museums and fifty galleries worldwide. His work often featured colorful images depicting celebrities, politicians, athletes, and sporting events and other pop culture subjects in his artwork ranging from pastels, acrylics, oils, ink, and collages.

Peter Max - The Retrospective
Back To Woodstock - The 50th Anniversary 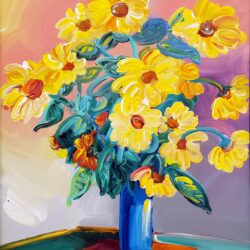 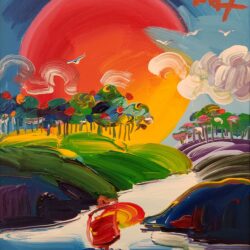 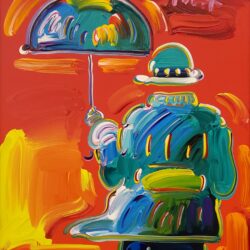 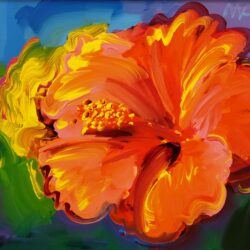 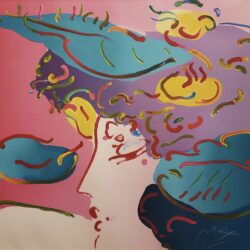 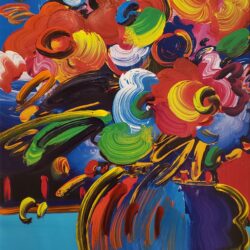 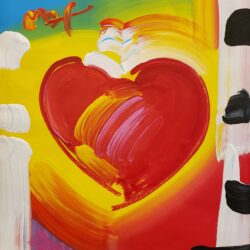 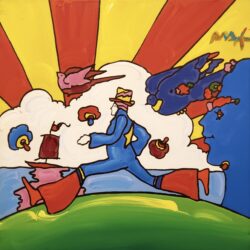