Salvador Dalí was a leading proponent of Surrealism, the 20th century avant-garde movement that sought to release the creative potential of the unconscious through strange, dream-like imagery. “Surrealism is destructive, but it destroys only what it considers to be shackles limiting our vision,” he said. Dalí is specially credited with the innovation of “paranoia-criticism,” a philosophy of art making he defined as “irrational understanding based on the interpretive-critical association of delirious phenomena.” In addition to meticulously painting fantastic compositions, such as The Accommodations of Desire (1929) and the melting clocks in his famed The Persistence of Memory (1931), Dalí was a prolific writer and early filmmaker, and cultivated an eccentric public persona with his flamboyant mustache, pet ocelot, and outlandish behavior and quips. “Each morning when I awake, I experience again a supreme pleasure,” he once said. “That of being Salvador Dalí.” 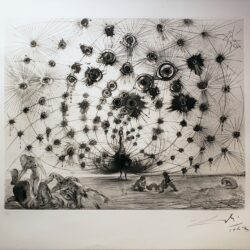 Mythologie – Argus in Black in White

Venus in Furs – The Egrets

Venus in Furs – Woman with Crutch

The Hippies – Women in the Waves

The Hippies – Woman with Cushion 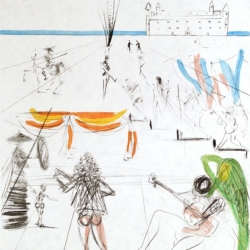 The Hippies – Santiago of Compostella 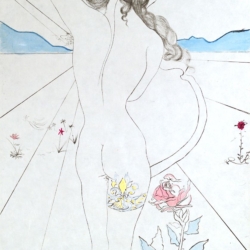 The Hippies – Nude with Garter 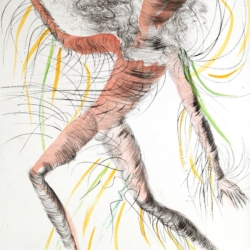 The Hippies – The Cosmonaut 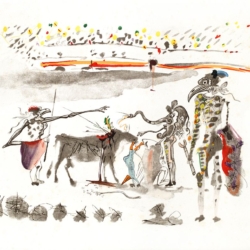 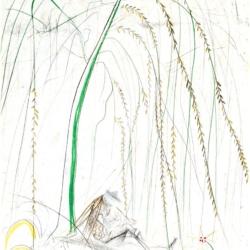 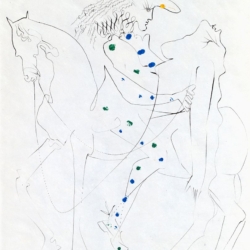 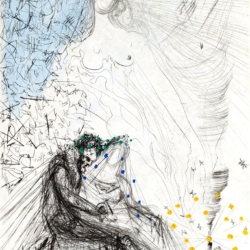 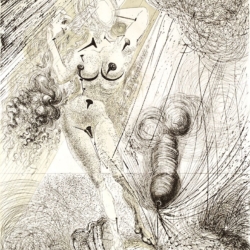 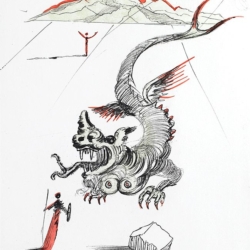 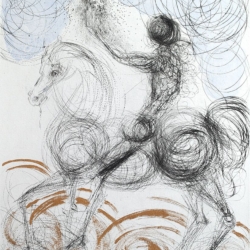 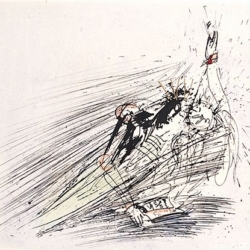 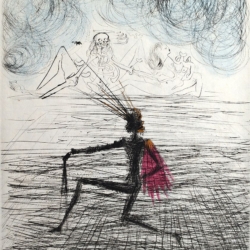 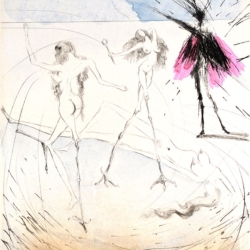 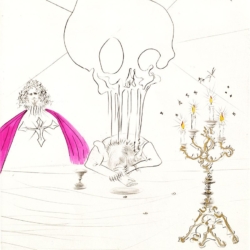 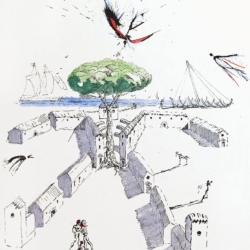 Apollinaire "The Beach at Sete" 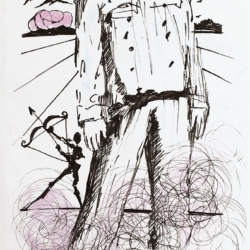 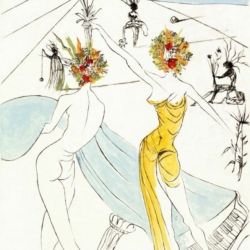 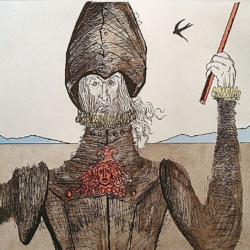 The Night of Walpurgis Faust (Goethe)