Born in Lebanon in 1952, Sammoun began painting in oils at the age of 13. After completing studies at the Ecole des Arts et Metiers in Beirut in 1969, he emigrated to Montreal, Quebec, Canada in 1973 at the age of 21, and became a Canadian citizen in 1976. While working as a successful telecommunications engineer, Sammoun began to develop a second career as an artist. His first solo exhibition took place in Montreal in 2005, and since then he has exhibited around the world.

Sammoun's subtle touch appears in his wheat fields series. Here the rhythmic gesture of the artist combines grace and spontaneity. The delicate touches highlight the slender stalks and the tufts heavy with grain. The artist knows instinctively where the impact should be in the painting. "At times, it is the canvas that seems to evolve on its own. It is through this process that I feel I am playing with the fate of my renderings on the canvas. And it is from this inspiration that I feel I am the one to harness the fate of what is to follow." The Beach at Palm Beach 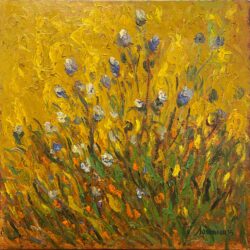 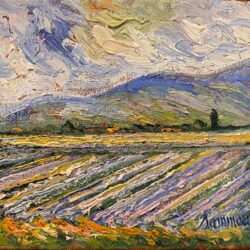 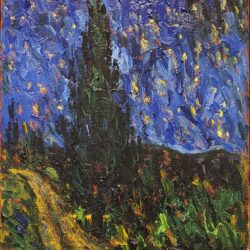 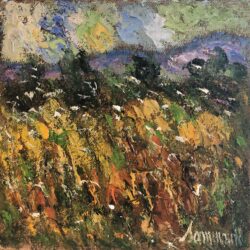 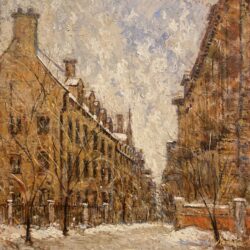 Wild Field on the Cliff, Jezzine