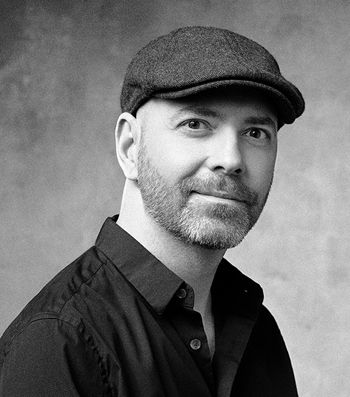 Steven Crawford is an award-winning New York City-based artist. Steven moved to NYC in 2001 from Oregon. His artwork reflects the belief that photography should be conceived before the image is captured and executed in the camera. He primarily works in the studio using large format film and digital backs. Steven uses lighting to create color and creates two-dimensional graphic images inspired by turn of the century Botanical drawings. The work draws from the artist's in-depth knowledge of lighting technique and an eye to the history of photography. Steven's work has gained international acclaim and has been shown in solo and group exhibitions in major art centers from Zurich to New York. Steven has been covered by art publications across the globe including in the US and Germany and has received numerous awards. Most recently he was recognized as a Spotlight photographer by the prestigious Black & White Magazine. "The flowers series is a continuing development and a result of my background as a commercial photographer as well  as my investigation as an artist into past two hundred years of the human affair with botany,  industry, and  design.  Shot entirely in  camera, spans the past twenty years of my fine art photography career. Reference to the art of historical botanical illustration.  My fascination devoted plants themselves.  The  backlit specimens patiently draw all their creating a two-dimensional illuminated study. Printed with archival pigment on German etching paper. These  new  materials  and  printing  techniques married  the  glass  and  metal  emitting  an iridescent glow  and  resulted  in  a  transition  from  sole  prints to  becoming  objects." — Steven Crawford